A long time ago, a couple of guys from Stuttgart, Arkansas traveled south to Drew County looking for a prairie to grow rice.  They found just what they needed, bought some land and found water enough to start a farm.  They were the first rice farmers in Drew County.  This was the mid-1940s.

In the early 1980’s, Monticello native Richard Reinhart commissioned me to do a painting of him standing on the edge of his rice field watching a storm brewing off in the southeast.  Rice farmers have to watch storms because they can drop too much water on the fields and damage the system of levees, creating a serious problem.  I was only too happy to do that for him mainly because it was such a good idea for a painting of life in my home area.  I was really proud of that painting. 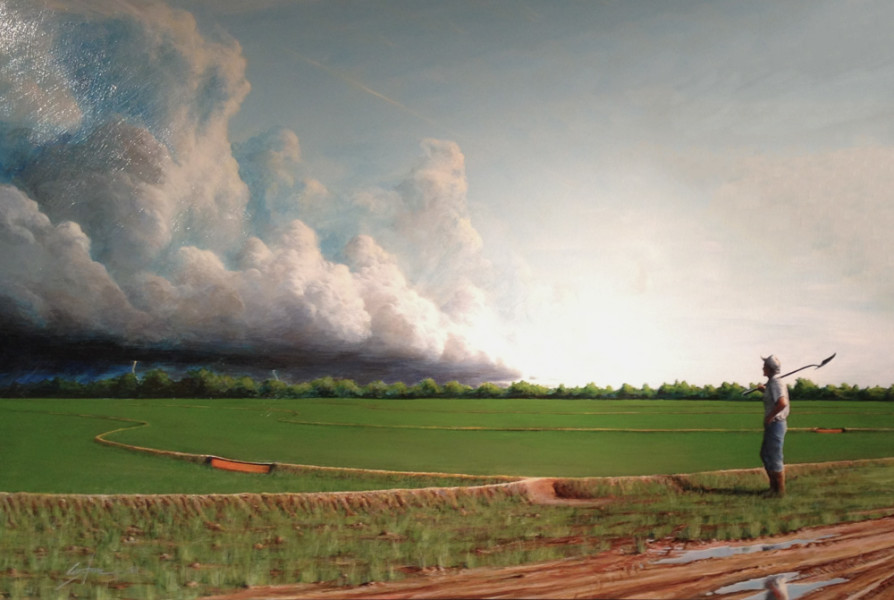 Richard and his wife, Eddye Ann, have purchased my work occasionally and at the end of one recent commission they  showed me an amazing photograph of a work crew on Richard’s father’s rice farm.  There were 10 workers standing in a line.  One of the two older men was holding Richard when he was a young boy.  What a record of the way south Arkansas was then.  When they asked if I could do a painting of that scene I was more than ready to try.

The photo was taken within a year of when I was born in Monticello in 1945.  I was unaware of rice farming in my home county and didn’t even think much about it when Richard had me do the painting of him standing with a shovel (above).  But I wanted badly to do the painting of the work crew.  As with many old photos this one had challenges.  The small size and age of it made it hard to see many of the details. My wife photoshopped the photo and was able to help me see the faces so the painting could be enlarged.  Even so there were many decisions as an artist that I had to make about the faces and clothing.

A year or two after the guys started farming on the prairie, mechanization came to rice production and this line of workers was no more.  Like everything in farming, motorized machines did the work that people had previously done.  So this picture is a record of the way things were in SEARK for a time.  To harvest rice by hand, you need to have some protection and you can see how the men are dressed.  I worked hard to get their expressions just like the photo’from the serious to the playful.

If you live in the south Arkansas area, you can see this paining in person. It’s hanging in the Union Bank in Monticello (on the square). Maybe you recognize some of these folks? 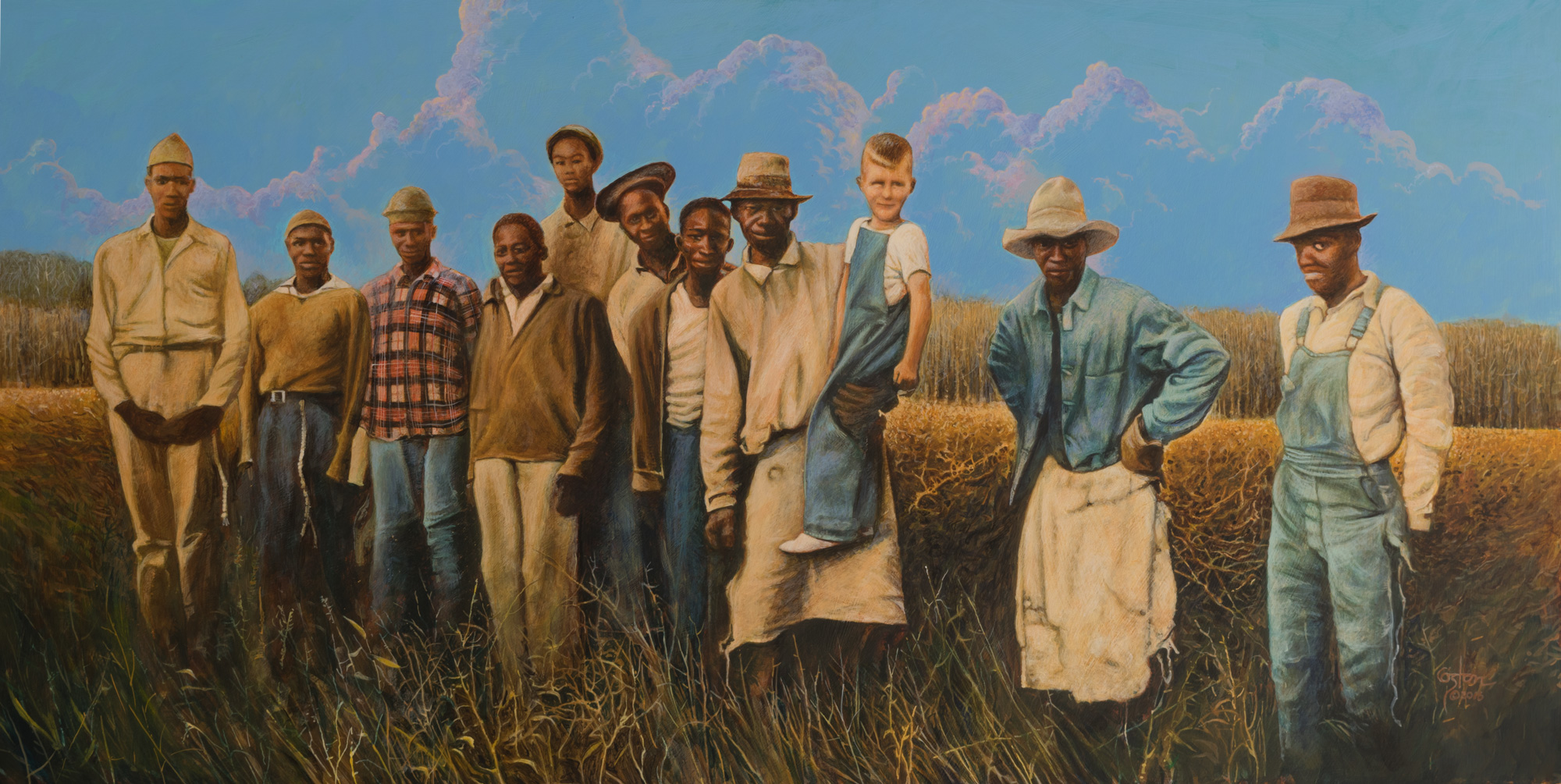