The Pull of the Mississippi River

Note: This is the first in a series of posts from Daniel on the topic of “Why I paint the Arkansas Landscape.” In this first post, he writes about the influence of the Mississippi River on his work.

I came back to southeastern Arkansas in 1981 and soon got settled in Dermott. After getting organized at the high school there, I was soon drawing what I saw around me which was the Delta. The Mississippi Delta, that is.  I could feel that river for the first time in my life.  And that’s kind of odd since Monticello, my hometown, was only 30 miles further west.  But Monticello was in the hills and Dermott  had been flooded in the ’27 Flood.  In the 80’s, I remember watching thunderheads boiling up over the river…just a few miles east.

I listen to music when I paint; I have for years…the Beatles, Stones and others plus jazz.  But pretty soon I found out that those folks were quite often interested in the Blues and I began to listen to what I could find (digging in the cutout bins at WalMart). Later I read books about the Blues genre.  I really caught the “bug” when I heard Robert Johnson.  His music was spooky…and it has nearly the same effect on me when I listen to him now.  Howlin’ Wolf is another who affects me the same way.  I listen to a lot of different music while I’m painting; it is a very wide range of music.  But what still resonates in my heart is the Blues.  It’s edgy and mysterious…and not always pretty. 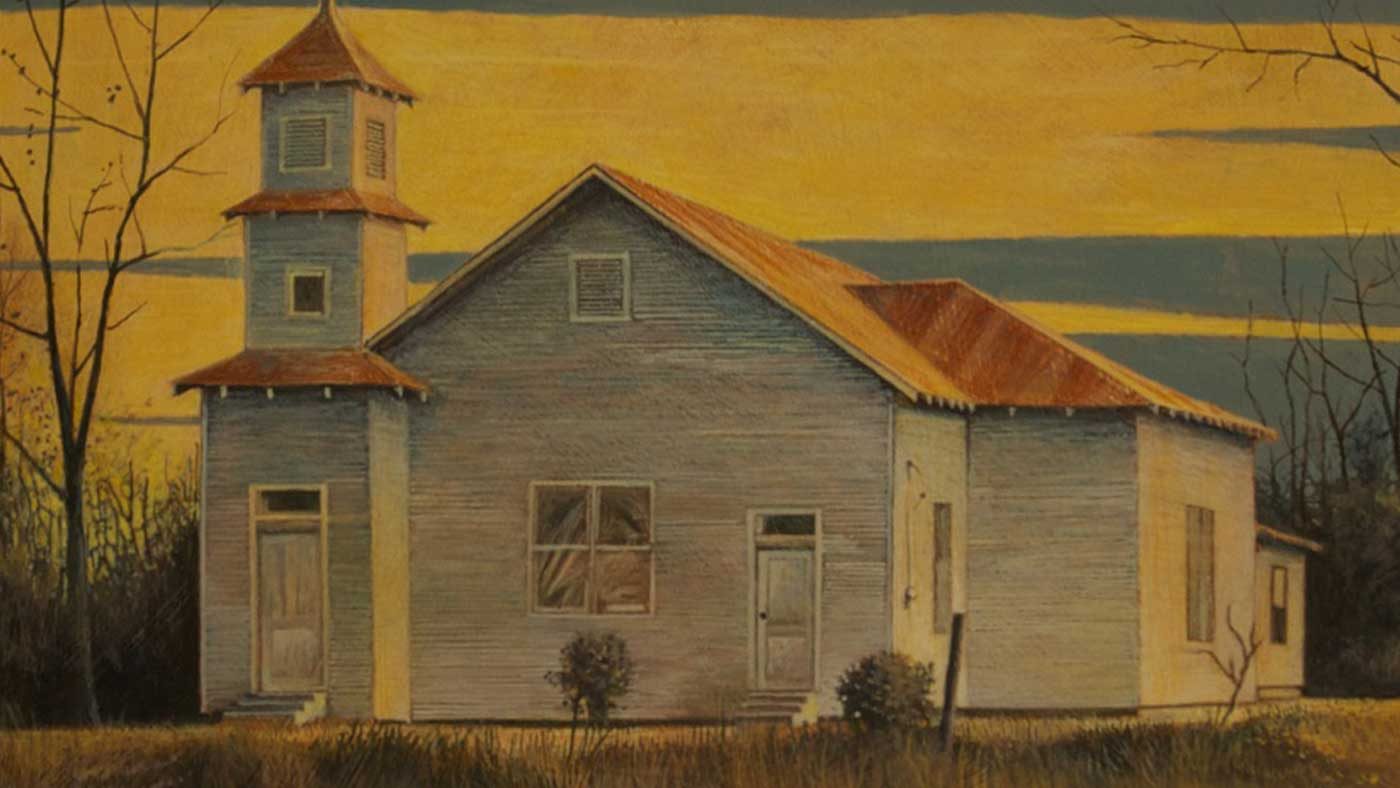 So when I’m painting…just out of my head…just slapping the paint down on a panel…I am searching for a visual feeling that is similar to the “spooky” feeling I get when hearing the Blues.  I don’t always try to do this; sometimes I have a house or gin or store that I’m painting a portrait of.  Even so, there is usually some connection to “old times”…like the ”˜30s or ”˜40s, the heyday of the Blues.  A lot of the time. the past you see in my paintings is located in my childhood…which was close to those times between the world wars. 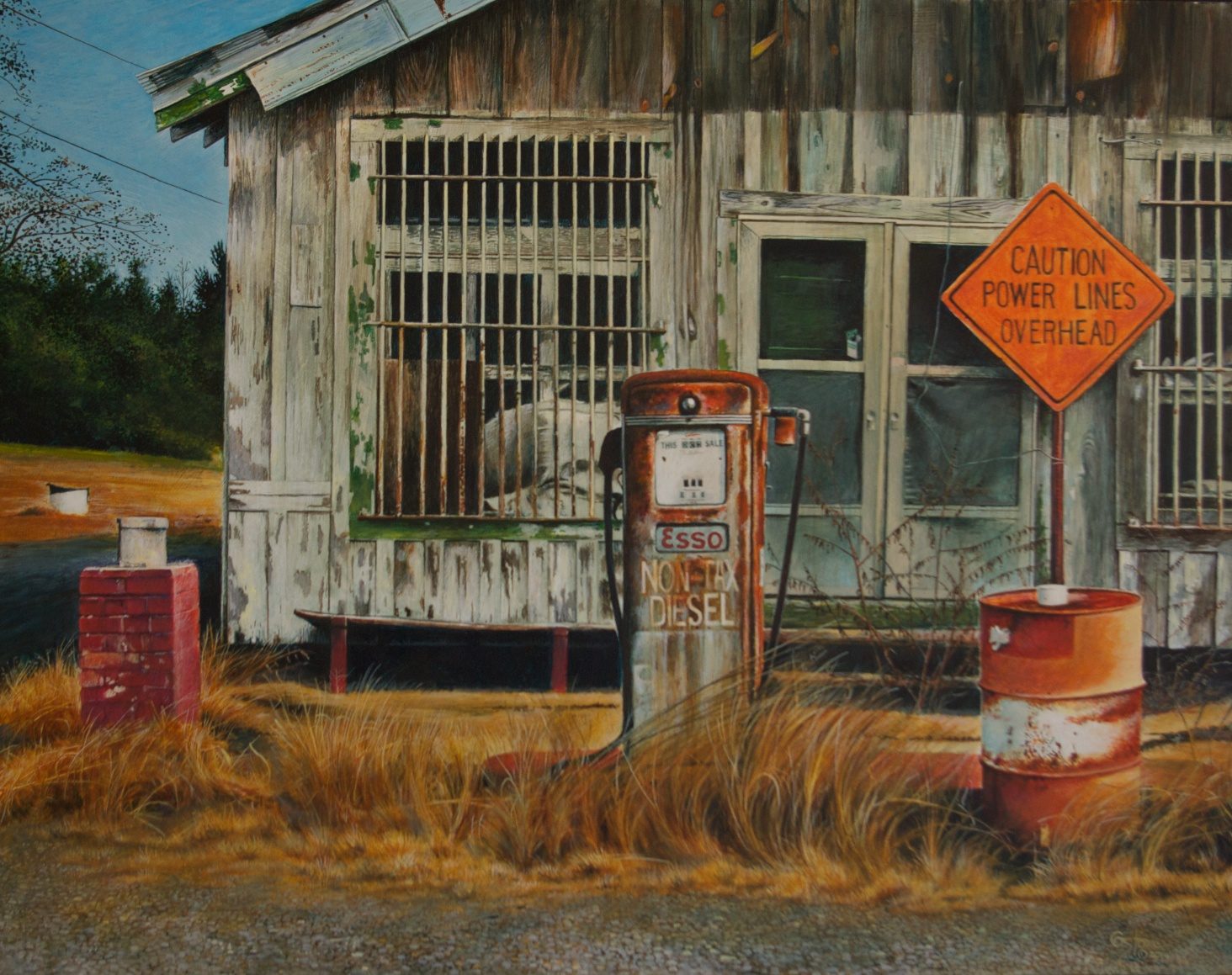 I’m one of those people who like to look.  I enjoyed looking when I was a kid.  When we drove somewhere, I would look…at the farms, tractors, sheds and gins.  A lot of those scenes are still in my brain.  I don’t remember them perfectly, but those hazy memories can sharpen up when I see an old shack or store.  And if I think a while, I can bring them back to life with a little work.

Before I came back to Arkansas, to Dermott in the Delta, I had lived for some years in southern Delaware, which is as flat as the Mississippi Delta.  I believe that sojourn in Sussex County taught me to “see” the Delta.  (Sussex Co., where I lived, was as flat as the Delta.)  I was aware of the ocean on one side and the Chesapeake Bay on the other.  Big water.  Sailing ships, buy boats hauling watermelons, skipjacks scraping oysters off the bottom of the bay.  It was way more water than I was used to feeling and when I got back to Arkansas and was settled in Dermott, I could feel the river.  It seemed bigger when I got back.

I have yet to do a painting of the Mississippi River but I think of it as being in each Delta painting I do.   — Daniel, January 2015